Investments into six social businesses were announced on Thursday 24th March 2016 at the 213th Social Business Design Lab. The young entrepreneurs, children of Grameen Bank borrowers as well as Notun Kuri Vidyapith are seen in the photo with Nobel Laureate Professor Muhammad Yunus.

The 213th Social Business Design Lab organized by Yunus Centre took place today on 24th March 2016 at the Grameen Bank Auditorium. 140 participants from national and international organizations with diverse background attended the program, including a large number of international participants from India, Thailand, Sweden, Japan and other countries.

The Design Lab was chaired as usual by Nobel Laureate Professor Muhammad Yunus who welcomed the audience and reported that since the labs began in January 2013, a total of 4280 projects have been presented of which 4255 projects have been approved for equity funding.

The business plans were presented by each of the young entrepreneurs including all details of project plan, marketing plan, and sustainability plan and then discussed in depth in groups. All five projects were approved for funding. The social business projects would be monitored through reports on Social Business Pedia. The projects are joint ventures with Grameen’s social business funds.

There was also a guest social business project, which began its journey as a regular educational institution, was presented at the lab called Notun Kuri Vidyapith. The project was prepared and presented by SKS Foundation. As it is a guest project, Grameen Telecom Trust (GTT) will not invest in the project as equity investor, rather it will oversee the school’s operation, at SKS Foundation’s own request, as they wish to become a social business as defined by Professor Yunus.

Participants of  213th Social Business Design Lab are seen with Nobel Laureate Professor Muhammad Yunus on Thursday 24 March 2016 at the. 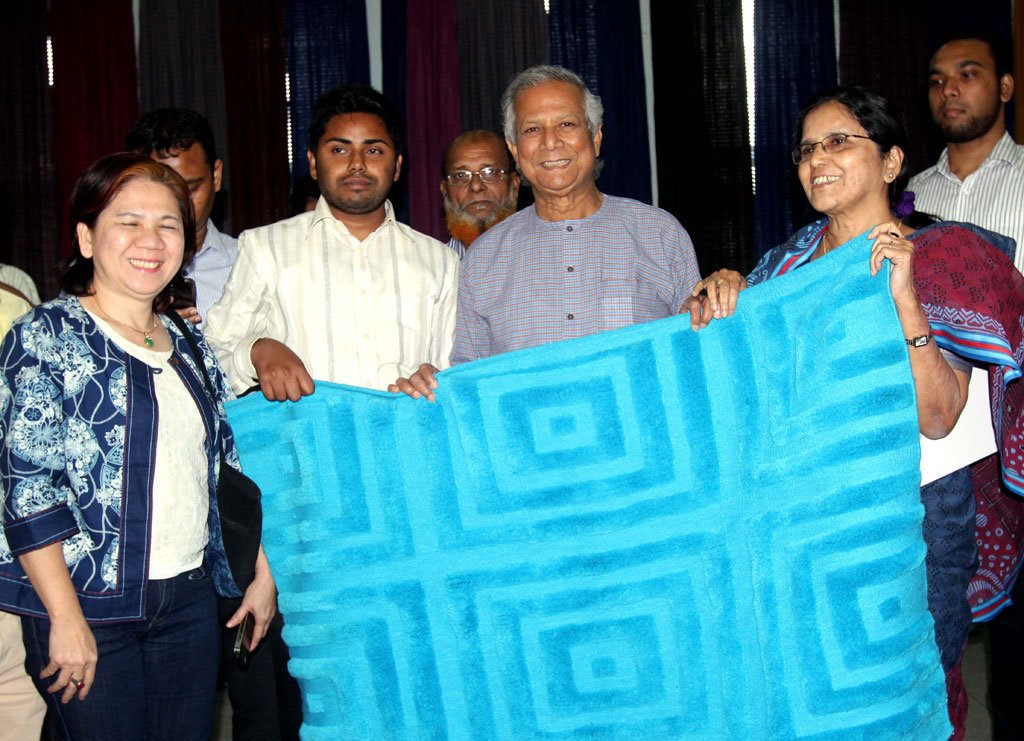