4th Social Business Design Lab took place on 27 October 2014 at the Grameen Bank Bhaban. Hundred and four participants and observers from national and international organizations including Larry Reed CEO of the Microcredit Summit Campaign, Washington DC, a high level team from Medtronics, USA, JICA from Japan, Coders Trust, Denmark and the FAO attended the event. There were also students from Malaysia, Japan, China, Denmark and India at the event. The design lab was chaired by Nobel Laureate Professor Muhammad Yunus who opened the lab with a welcome to the audience present and those who participated via live stream from 70 other countries. Professor Yunus updated that a total of 404 social business projects presented in the earlier 34 design labs, have been approved for investment, with most already in operation. At the lab, six new social business plans were presented. Among them were four Nobin Udyokta businesses by young entrepreneurs who are the children of Grameen Bank borrowers. These are Jessore Palli Mela of Mrs Nasima Akter; a social business to sell different textile items, Shameem Doormat Factory by Mr Mohammed Shameem to produce using waste materials from garments factories, Rubel Store by Mohammed Rubel for trading in grocery items and Monir Metal workshop by Monir Hossain Khan.

In addition there were two guest projects presenting at the lab. The first was a vermi-compost project to manufacture organic fertilizer in Kushtia District and, secondly, a social business education platform to educate children in a fun, interactive and interesting way. The projects were discussed in plenary and in groups, and all four approved for financing. Two independent participants, one of them from India, expressed their interest in investing in Shameem Doormat business. Nazneen Sultana, Managing Director of Grameen Communications updated the audience on the Social Business Monitoring System (SBMS), a software which is developed by Grameen Communications to collect MIS and accounting information from every social business on a daily, weekly and monthly basis, and allow the investing companies to track the progress of the business. An MoU was signed between Grameen Kalyan and five Nobin Udyokta businesses as well as an MOU between Grameen Telecom Trust and SDRS Solar Project. In addition, a Partnership Agreement was signed between Grameen Fabrics and Fashion Ltd and Babylon Group for production of low cost sanitary towels for rural women. 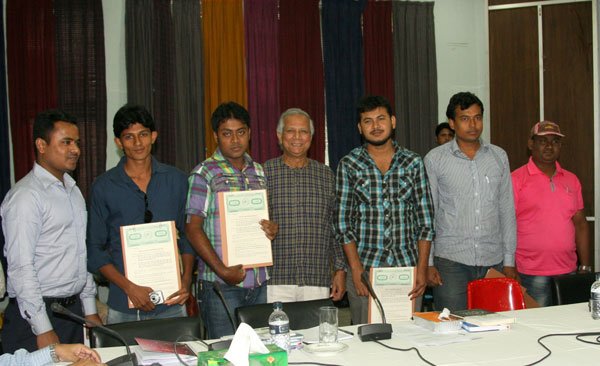 In between sessions, there was a Q and A session with Professor Yunus with online participants from different countries. Usually 70 countries take part in these Design Labs via the internet. Professor Yunus thanked the participants for the innovative social businesses and noted that it was exciting that so many ideas were now a reality and especially that the young entrepreneurs are generating employment for others, which is a valuable contribution to the economy. He invited participants to the 35st Social Business Design Lab, to be held on 15, November 2014. The very first Design Lab was held on 5th January, 2014. Since then a total of 34 design labs have been organized by Yunus Centre. 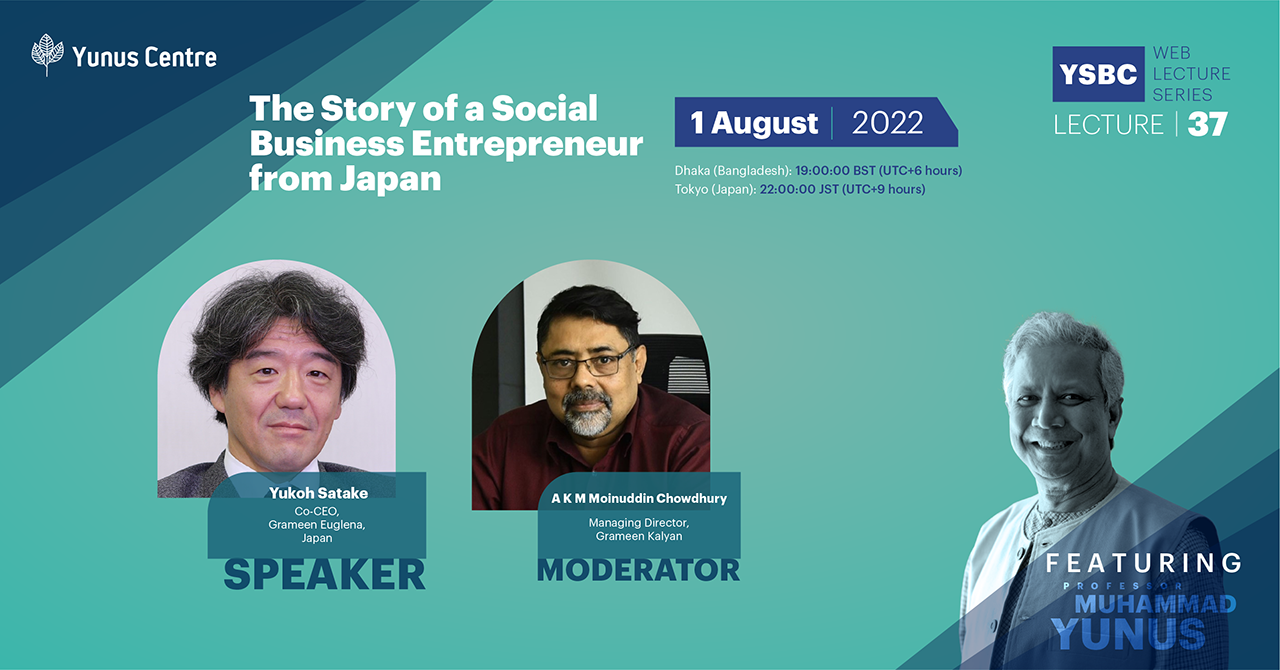